We may have lost Alex, but the show must go on. Alex wouldn’t want it any other way. Please, let’s remember him over the next five weeks of banked episodes, and then afford him the same respect to his successors that we afforded Alex when he replaced Art Fleming in 1984.

Correct response: Who is George Marshall?

George Marshall served as Secretary of State under Harry Truman from 1947 to 1949 and is best known for what became known as the Marshall Plan (originally the European recovery Program), an aid plan for the post-World War II recovery of Western Europe. Stikker, in his “Men of Responsibility”, stated that The Netherlands was only able to recover from World War II through both American aid and the determination of the Dutch people. In all, 18 European countries received American aid from the Marshall Plan. 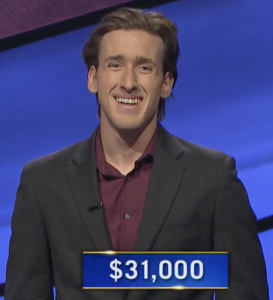 Unplayed clues:
J! Round: None!
DJ! Round: None!
Total Left On Board: $0
Number of clues left unrevealed this season: 115 (2.25 per episode average), 2 Daily Doubles