In the original script for this 1975 film, the title object was finally found in London’s Harrods department store

Correct response: What is Monty Python and the Holy Grail?

In the final script to 1975’s famed comedy classic Monty Python and the Holy Grail, the movie ends (spoiler alert!) with the Grail unfound and police intervention, with the police breaking the camera. Conceived between the third and fourth series of the famed sketch comedy series, the film was later used by Eric Idle as the basis for the musical Spamalot. 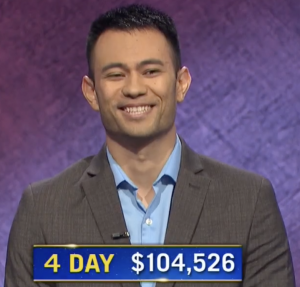 Unplayed clues:
J! Round: None!
DJ! Round: None!
Total Left On Board: $0
Number of clues left unrevealed this season: 115 (2.05 per episode average), 2 Daily Doubles