Correct response: Who is Betsy Ross?

In a story as American as Abner Doubleday inventing baseball, Betsy Ross has entered American legend as being widely credited for making the first American flag. The Episcopalian upholsterer she married (John Ross) was the son of a priest, which obviously caused a rift in her Quaker household.

According to the stories, Ross convinced George Washington to change the shape of the stars from six-pointed to five-pointed, as they were easier to cut. However, this appears these stories surfaced around the time of the American centennial. While Ross was a Philadelphia flagmaker, many historians now believe that Continental Congressman Francis Hopkinson created the first American flag. 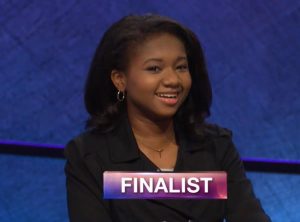