President Johnson signed a law that added 2 words to the name of this museum established in 1946, D.C.’s most popular

Correct response: What is the National Air and Space Museum?

It is the second-most visited museum in the United States (#1 is the Metropolitan Museum of Art in New York), and the fifth-most visited in the world (after the Louvre, the National Museum of China, the Met, and the Vatican Museums).

The aircraft at the museum includes The Spirit of St. Louis (the plane Charles Lindbergh made the first solo flight across the Atlantic with), the Bell X-1 (the plane on which Chuck Yeager made the first manned supersonic flight with), and the Apollo 11 command module. 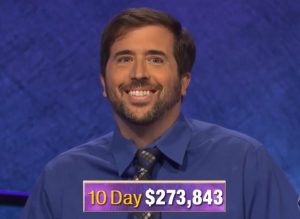